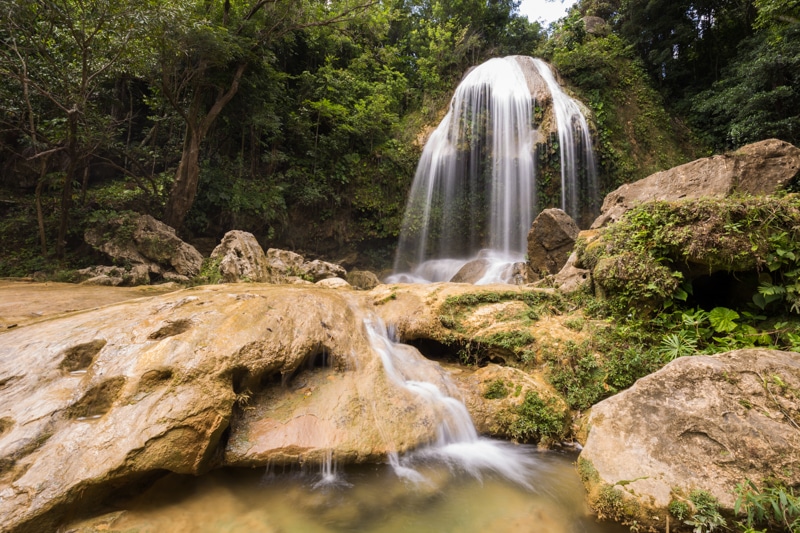 Las Terrazas and Back to Havana

My third destination on my trip through Cuba was the eco-village of Las Terrazas.  It was, yet again, a really interesting destination and a place I didn’t really expect to find in Cuba.  When we talk about this country, we so often focus on the cities. But there is a lot to like in terms of natural environment here as well.  Las Terrazas, and the surrounding area is a perfect example of that natural beauty.

The truth is, if I was travelling through Cuba on my own, I probably wouldn’t have gone to Las Terrazas. I was really focused on the cultural side of the country, and to be honest far too much so.  When my trip was all said and done in Cuba, I realized I focused way too much on the cities, and was really glad for these natural excursions on the tour with Intrepid Travel.

A Quick Stop in Soroa

On our way from Viñales to Las Terrazas, we made a stop for some lunch in an area called Soroa.  There, we went to a botanical garden and I wandered off and found Soroa Waterfall which was an absolute stunner.  It was cool down there, but – because I’m not very smart – I forgot my filters and tripod up at the bus.  So, I had to make due shooting image with my camera set on my backpack.  I still got one or two images I liked. 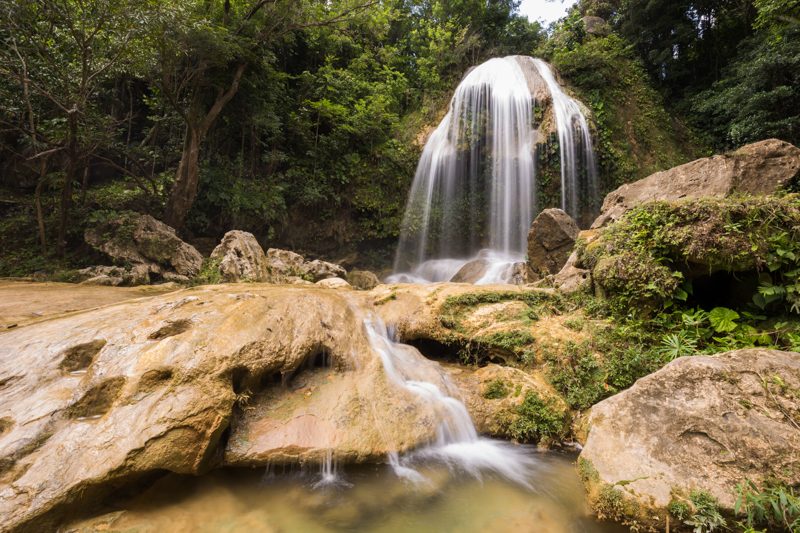 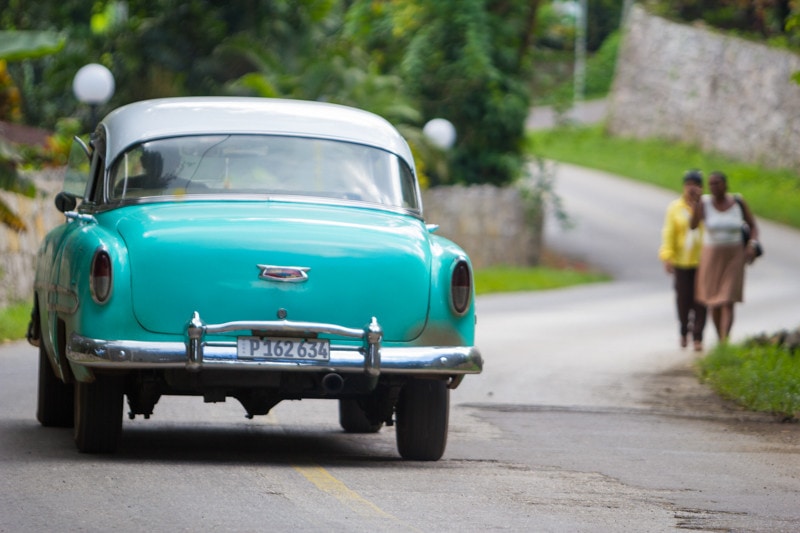 On the road to Soroa

Hanging at the Lake

One of my favourite parts of Las Terrazas was that it was really relaxing.  My days were spent by the pool, wandering around the village, and then topped off with a cigar and a bunch of mojitos and daquiris at a bar on top of the lake.  It was a beautiful spot to watch the sunset, and I did manage to pull myself away from the drinks to get a couple photos of it all. 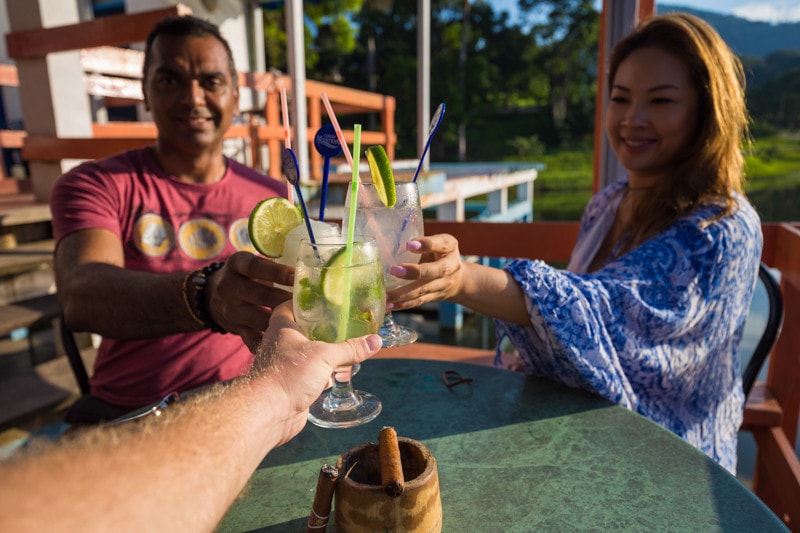 Hanging at the lake with the a part of the Intrepid Travel crew. 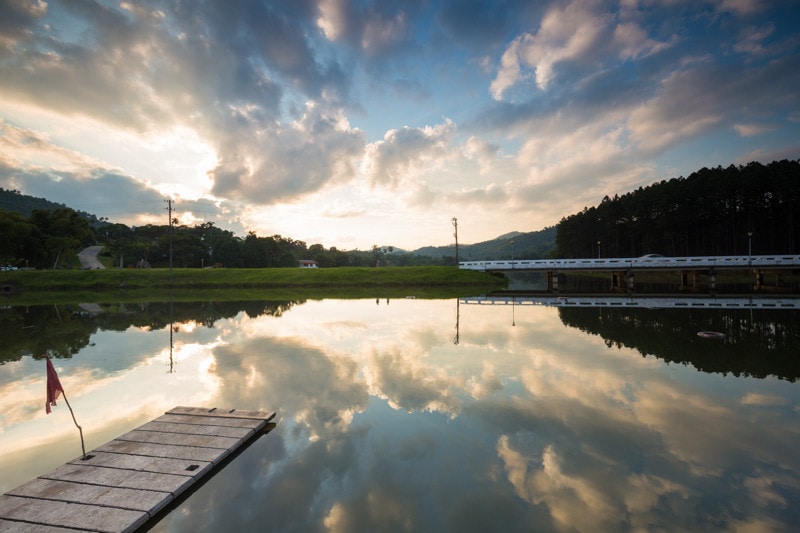 Awesome reflections on the lake. 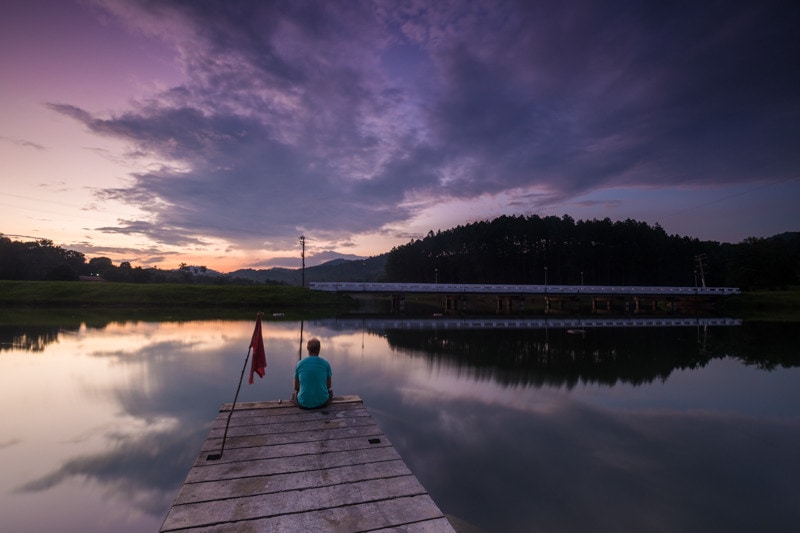 What a great place to watch the sunset.

Despite Las Terrazas being a very natural, eco-destination, it does have its fair share of history as well.  It was on a mountain side just behind the village where Ernesto “Che” Guevara trained for both his missions in Africa and his final and fateful mission in Bolivia.

Of course, I did more than just hang out by the pool and lake in Las Terrazas.  I did shoot some photos well I was there as well.  Obviously, these aren’t the same cigar-smoking profiles and architecture you usually see in Cuba.  But, it was a fun place to shoot regardless. 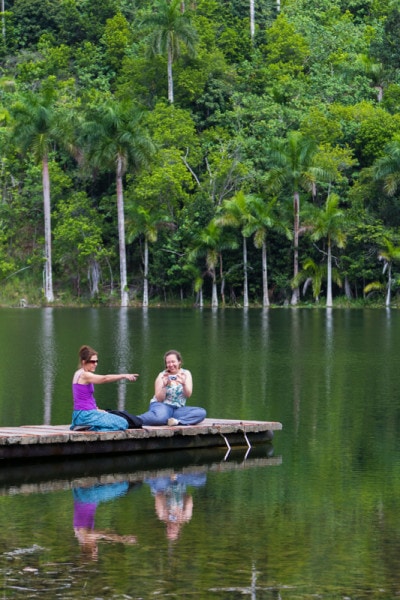 A couple girls from the tour hang out on a pier. 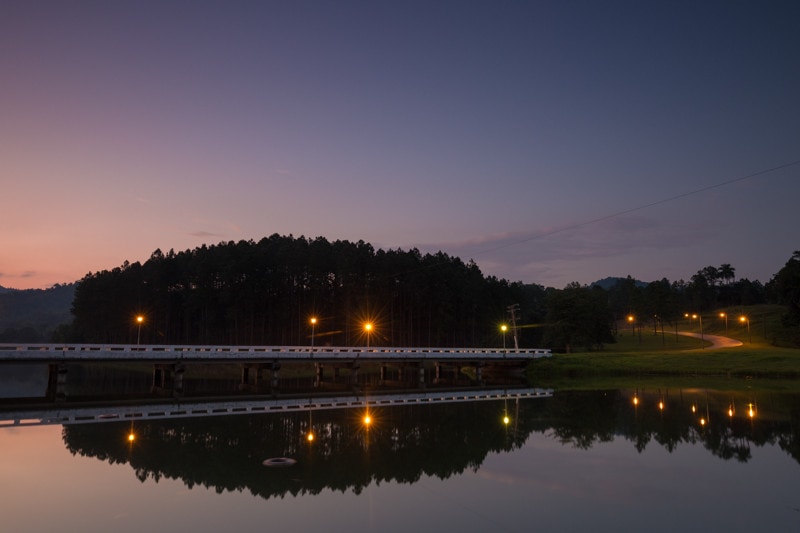 Dusk on the lake. 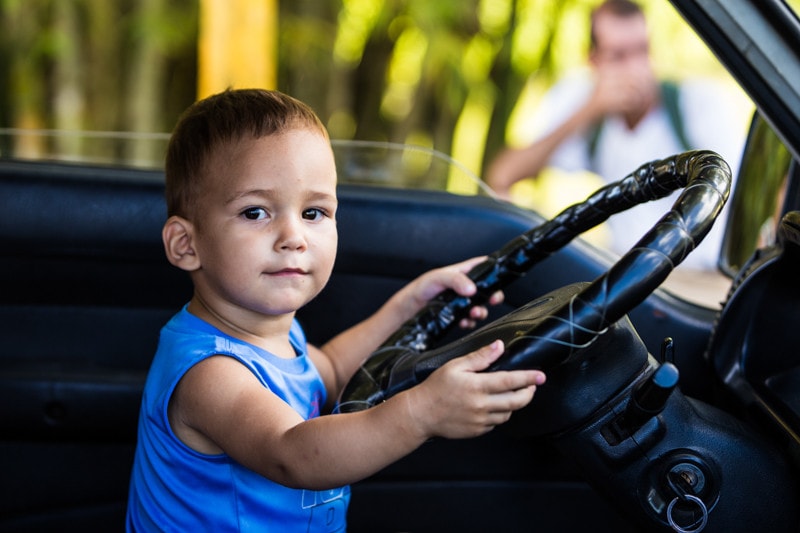 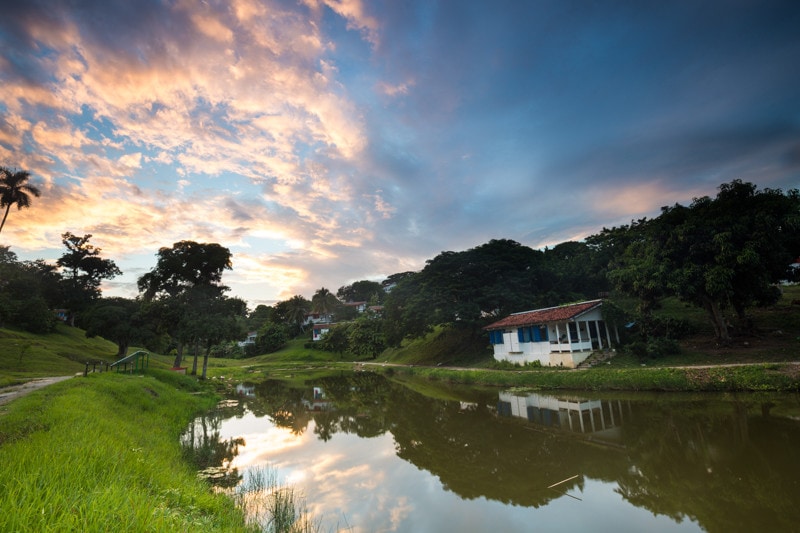 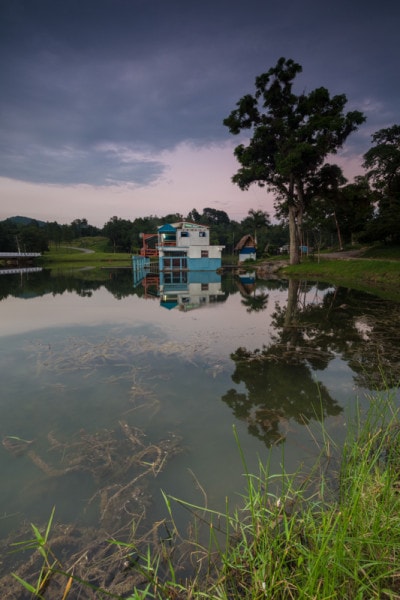 The bar on the lake where I did my mojito drinking in Las Terrazas.

I had a really great time with Intrepid Travel in Cuba.  I’m really glad I joined up with a tour for my first week in the country.  I really had no idea how things worked in Cuba, and how travelling solo would be.  Being with the Intrepid group gave me the chance to get my feet wet a bit as well as pick the brains of the tour leader for some information before heading off solo.  Even a wily traveller like myself can use a little bit of on the ground information before setting off on a trip in a country like Cuba.

Our group ended with a dinner in Plaza Vieja with a great view of Havana. 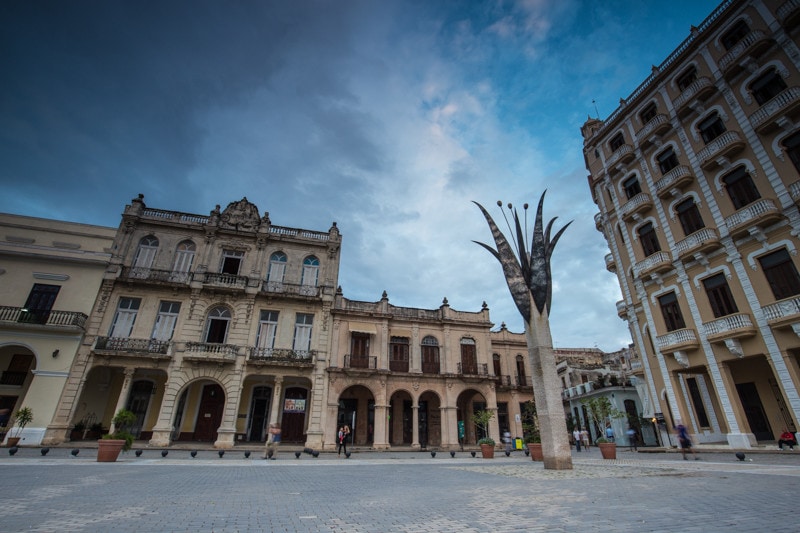 Plaza Vieja from the ground. 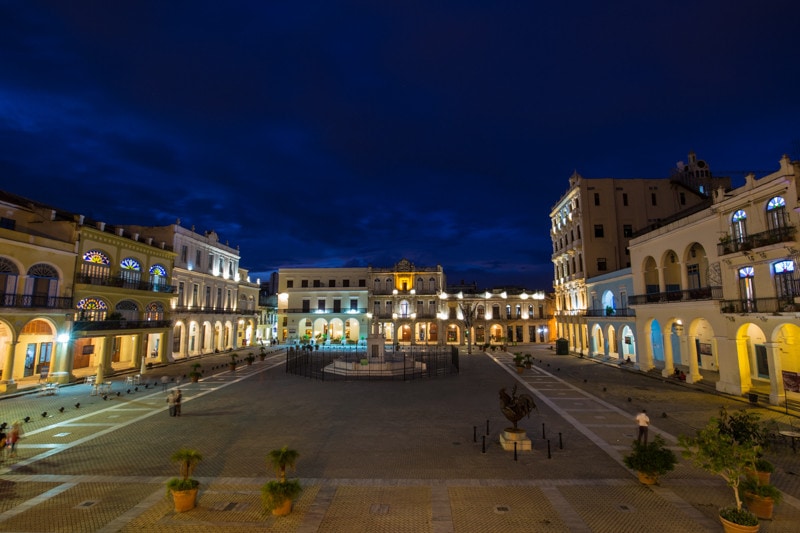 View from the restaurant in Plaza Vieja.

I left off on my own in Cuba for 2 more weeks of exploring.  So, those articles will be coming up in the next little while.  I had a blast with Intrepid, and I’m sure we’ll hook up another time for another adventure somewhere else in the world.  If you’re interested in travelling with Intrepid, head over to their website to see their various adventures around the world.