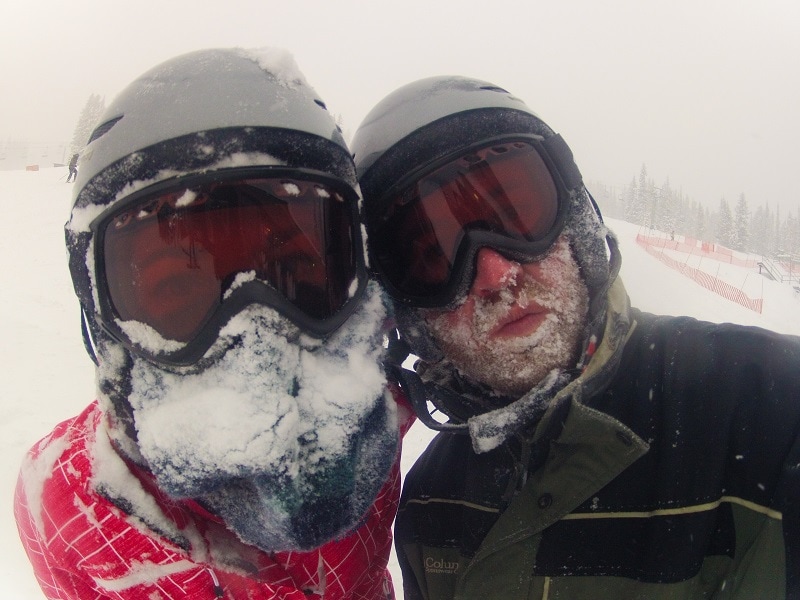 Lots of Powder at Marmot Basin

It’s been 9 days since I last posted an article.  I really can’t tell you the last time I’ve gone a stretch that long with posting.  Maybe when I got malaria in The DRC and nearly died? Well, I had an excuse then, this time around it’s just been a bit too mundane to post anything.  I’ve been going stir crazy in Alberta.  And it’s not that Alberta isn’t beautiful, it is one of the most beautiful sections of this planet.  It’s that I haven’t had access to a car for the better part of November, and you do really need wheels to get around to a lot of places in this province; especially in winter.

Well, that changed this past week as I got my travelling feet into a rental car and headed up to Jasper.  The first order of business here was to hit up Marmot Basin which is now open for the season and going strong.

When we got to Marmot Basin this morning, there was a full on stow storm, and as someone who hasn’t had a winter in about 5 years, it was a bit of a shock.  However, the inciting fresh powder soon flipped my concern to giddy joy.  At the ski hill, they had about 20cm of fresh powder over night.  And, it kept coming during the day.  In fact, Marmot Basin posted to their twitter feed today that they were gaining about 2cm of snow every hour.  At times, we were skiing through sections where the snow was past our knees.  I’m fairly sure I have never skied in conditions like that before, and it was so much fun that I was either giggling or cheering the whole way down the hill.

Anyways, we strapped the GoPro Hero2 on Tiffany today and let it take a time lapse of one of the runs.  It’s a bit choppy, but this is what it looked like today.


How I Shot the SkiLapse of Marmot Basin

I used my old GoPro Hero 2 for the footage.  I strapped the accessory known as a “chesty” to Tiffany, since she’s a far better skier than I am, and she cruised down one of the runs.  I set the camera to take a photo every 2 seconds, although in hindsight I should have done every second to smooth it out.  Also, I aimed the camera down towards her ski tips to have some semi consistent element in each image.

To process the “skiLapse” I brought all the images into Lightroom and edited one of the middle images from the series.  I copied the settings and pasted them to all the other images.  I then brought the images into Photoshop Premiere Elements to create the time lapse sequence itself.

Why No Photos of Marmot Basin?

Well, the truth is that well the conditions were awesome for skiing, they were less than ideal for photography.  It was really windy, and there was a lot of snow flying.  On top of it, the sky was a bland grey.  So, I decided, for a change, to forget about taking photos for a change and really enjoy the experience.

We’re heading back to Marmot Basin on Sunday when it’s meant to be really sunny – although still very cold – and we’ll take some photos and I’ll probably have a video/article about taking adventure sports photos too. 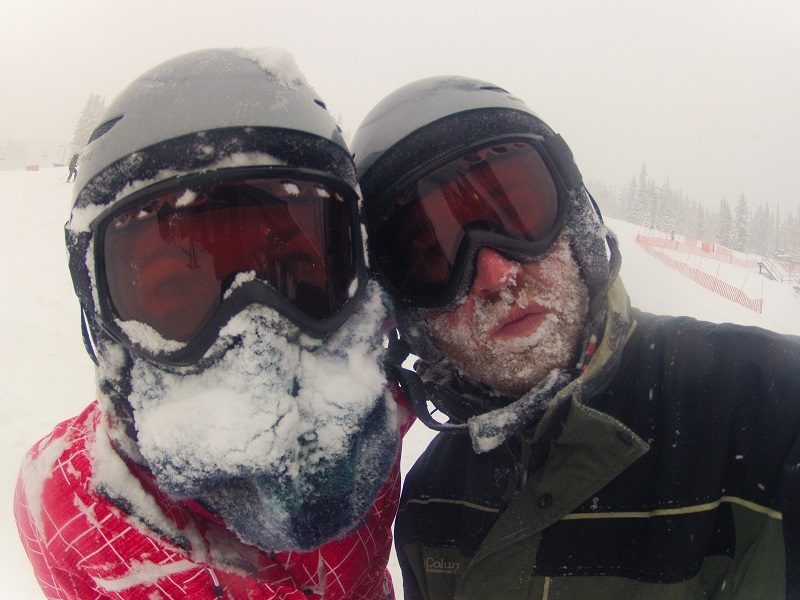 The weather here in Jasper is supposed to brighten up the day after tomorrow.  And, I have the opportunity to do something I’ve been wanting to do for ages.  I’m going dog-sledding!  So, I’ll have a video from out there in the field with the dogs.  I will, have those images from Marmot Basin as well.  So, stay tuned.