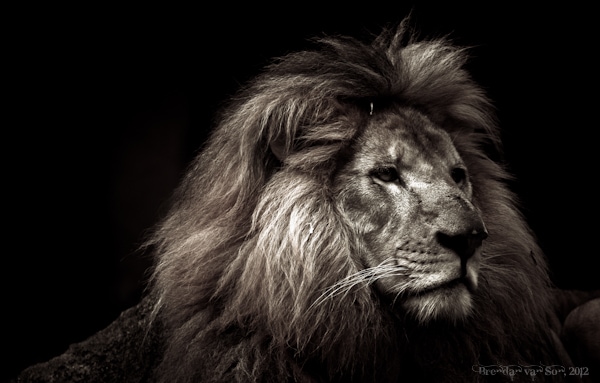 The Winning Photo from National Geographic’s Annual Contest is From a Zoo?

When I was young, I used to shiver with excitement when I flipped through the pages of National Geographic.  Hell, to this day I still get goosebumps when I turn the super-thin pages of what has become the world’s greatest nature magazine.  It’s hard not to look through and awe at the wonder of our planet, to be inspired by it, to learn from it.

National Geographic has inspired me to travel, to learn about the world, and to dig beyond the usual views of our planet.  And although I haven’t been a travel photographer for long, ever since I have shot photos, I have dreamed of being able to create an image that is more than just a photo, but a story.

Each year, National Geographic holds a general photo contest.  This year, they received over 22,000 entries.  Each year, I excitedly flip through the images saying things like “wow” and “incredible”, and I often catch myself thinking “I wish I had taken that!”

This year I looked at the photos from the award winners and again was left speechless when flipping through them.  Then, as a curious photographer hoping to learn something I read the captions and one in particular from this year’s grand prize winning photo by Ashley Vincent.

“:The subject’s name is Busaba, a well cared for Indochinese Tigress whose home is at Khao Kheow Open Zoo, Thailand. I had taken many portraits of Busaba previously and it was becoming more and more difficult to come up with an image that appeared any different to the others. Which is why I took to observing her more carefully during my visits in the hope of capturing something of a behavioral shot. The opportunity finally presented itself while watching Busaba enjoying her private pool then shaking herself dry. In all humility I have to say that Mother Nature smiled favorably on me that day!” Photograph and Quote by Ashley Vincent

Now don’t get me wrong, the photo is absolutely incredible! The photographer’s skill, timing, and creative eye is absolutely mind-blowing.  It is the type of photo that makes me say wow, and I do wish I had taken this photo.  And as I write this, I feel bad for the photographer, and don’t want the photographer to think this is any way a personal slight or a shot against their photography skills.

However, this is a bit of a slight against National Geographic.  What is National Geographic saying by selecting a photo from a zoo as their grand prize winner?  The quote from the photographer alone creates all sorts of issues for me.

“I had taken many portraits of Busaba.”

“I took to observing her more carefully during my visits in the hope of capturing something of a behaviorial shot.”

The best place to observe an animal in their natural habitat is a zoo, everyone knows that.

“I have to say that Mother Nature smiled favorably on me that day!”

Well, did she?  Or did captivity toss out a massive middle finger to Mother Nature and say: “See, we don’t need you Mother Nature, National Geographic can get all they need right here! And without the danger.”  This tiger might as well be acting for a L’Oreal “because I’m worth it” shampoo commercial.

In all honesty, I know it sounds like I’m attempting to destroy the credibility of the photographer, that’s not the case at all.  In fact, the quotes don’t really bug me as much as the precedent set by National Geographic, and the overall message it puts out there.

Nature photography can be staged

It’s easy to look at this photo and just say “hey Brendan, it’s a cool photo, get over it.”  However, what if the circumstances were slightly different?  What if for example, one was to capture a white wolf then release it in a beautiful scene of white snow to photograph it?  What if one was to bring in a freshly shot bull elk for that wolf to be photographed eating?  Would you feel different about it then?  Moreover, National Geographic is saying to its photographers out in the field, we don’t really need you out there, just head to a zoo to get the wildlife shots you need.  If I were a National Geographic photographer, I’d be offended by this.  A wildlife photographer spends entire days, from dusk to dawn sometimes, hiding out in the elements of nature, often putting themselves in danger, to get that one shot of true natural beauty.  I have more respect for wildlife photographers than any others in the world, and I have to imagine this feels like a slap in the face to them.

What’s next?  We start staging conflicts to get really cool war photos?

Who needs a story?

Check out the other photo winners from this year’s contest in this post in The Atlantic.  Every other image has a story beyond the beauty of the photo: the Inuit collecting ice, a young cheetah (wild) with mom, a man chained to a post in a mental institution, a fox on the hunt and men fishing on stilts.  They all are so deep and powerful.  They instill a strong bit of imagination into the viewers mind.  They make us think.  Yes, they are all great technical photos as well, but they could be fuzzy and still hold that deep truth that only great photographs hold.  As I look at the other photo entries I think “all these amazing photos and they chose a bloody tiger taking a bath in a zoo???”

I don’t hate zoos.  I like visiting zoos as much as the next guy.  I try to, however, only visit zoos that have rescued animals that would have otherwise had to be put down.  In fact, I even love taking photos in zoos.  One of my favourite animal portraits of all time was the lion photo below that I took in a zoo.  However, National Geographic is meant to be a leader in nature and science.  And sure, all that can be found in a zoo, but is it authentic?  Is it the real thing?  Is it right?

Who am I to critique National Geographic right?  I’m just a struggling travel writer/photographer with a blog.  While a small part of me feels insulted, the other part of me feels disappointed.  It’s like finding out your favourite athlete was taking drugs (I’m looking at you Lance Amstrong).  But I think the thing that concerns me most is the fact that no one else seems to care.  No one else finds it strange that the “nature photo of the year” of sorts is of an animal in captivity.  The National Geographic I know fights for natural world, it doesn’t exalt the synthetically achieved but the raw wild power it holds.  For me, this photo being chosen as the grand prize winner is the equivalent of the head of the WWF swimming with the dolphins.

I’ve never been one to rant on this blog, and I promise you that these moments are few and far between, but I needed an outlet and this was my microphone.

As for your thoughts, I want to hear them in the comments.  Am I right?  Am I being overly dramatic?  Was this just a contest for “the coolest photo of the year” and I saw it as something else?  Let me know!