They are cute because they are awkward but still think they can walk around in tuxedos all day.  Who do they think they are, James Bond?  No, they are penguins, and they always make for great photos.  On my trip I encountered three types of penguins while in Antarctica: chinstrap penguins, gentoo penguins and my personal favourite adelie penguins.  During my trip, I took nearly 800 penguin pictures; and to be honest, I probably could have easily taken two or three thousand.

Just like with my photo essay on ice, I want to know which your favourite photo is.  I’ve given each one a title to make it easy to let me know.

We saw by far more Gentoo Penguins than any others.  They are very entertaining because they are constantly active and posing for pictures. 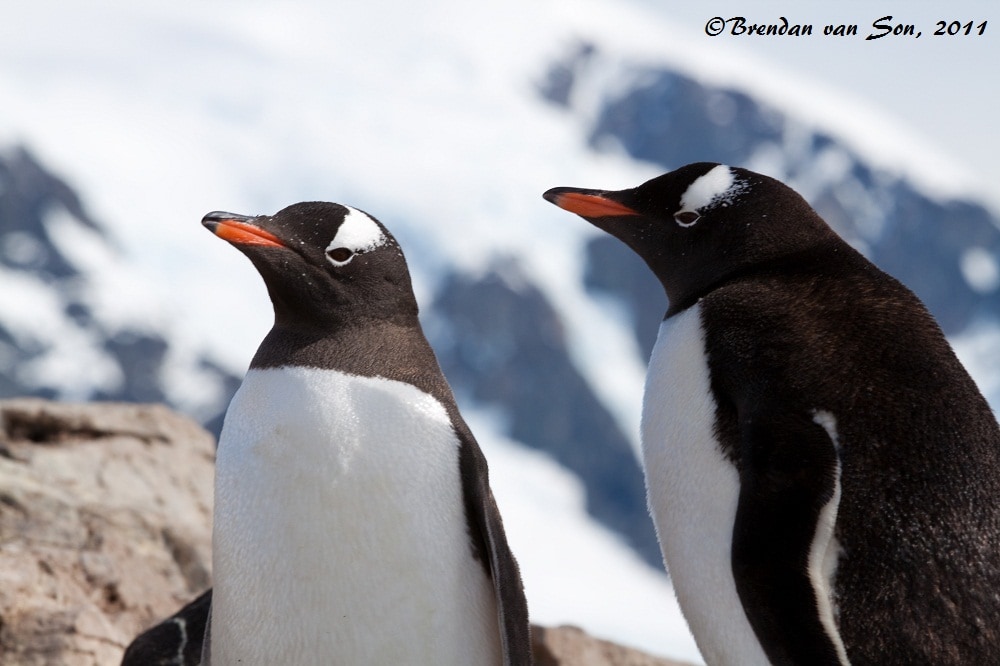 “Penguin Wisdom” – The great thing about photographing penguins is that they always seem to have great expressions on their faces. Often they look as if they’re very wise and deep in thought. 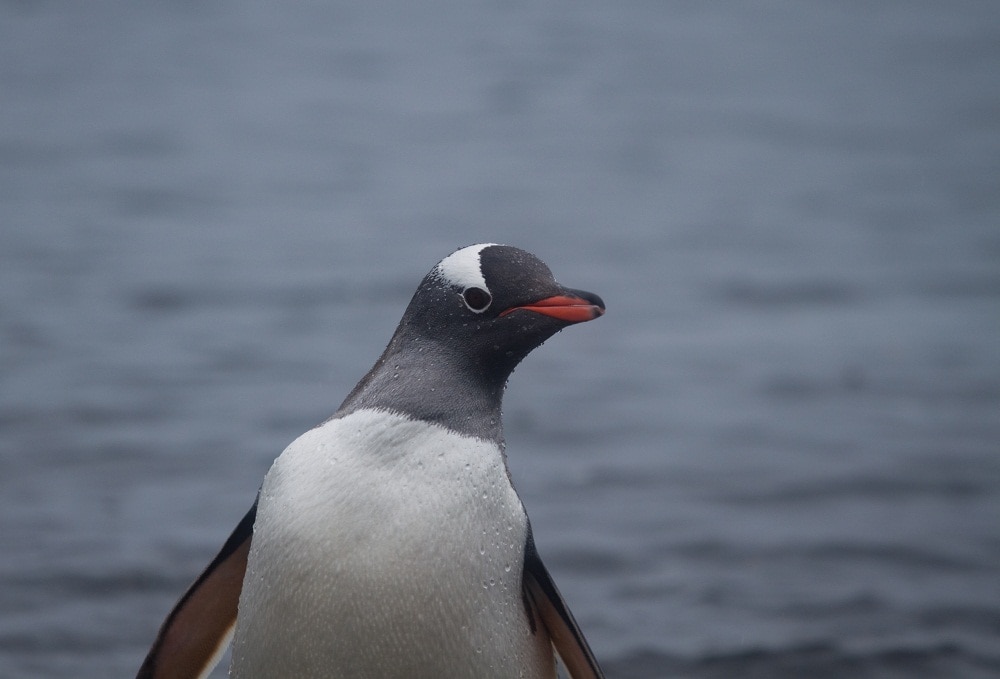 “Hey Girlfriend” – When the penguins are not being wise they’re being animated. They are very curious and constantly give looks of confusion. 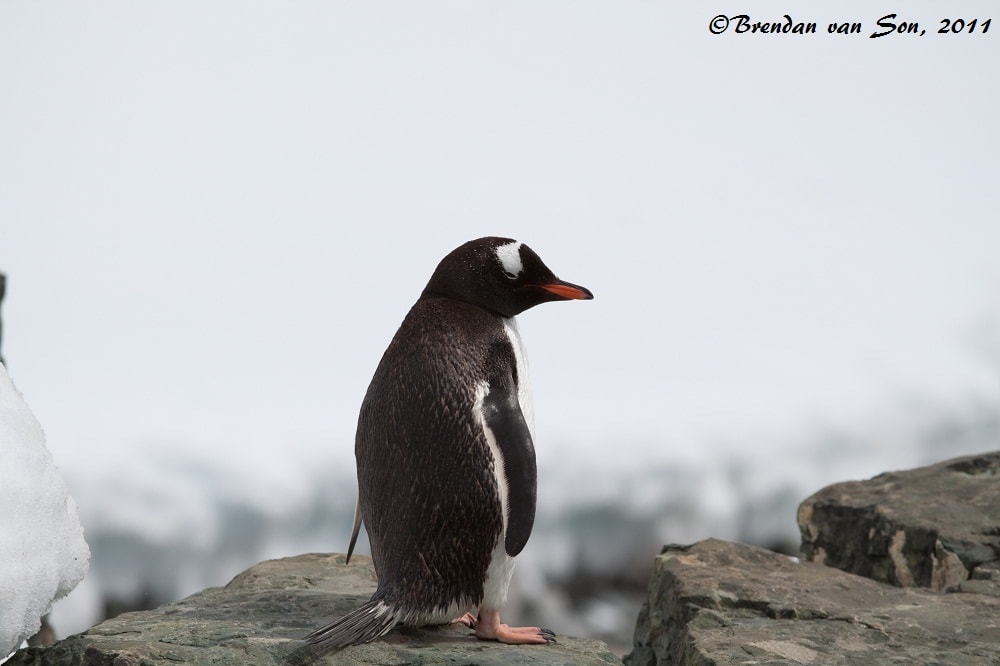 “Walk of Shame” – The reason I started doing the “penguin thoughts” segment was because as I looked back at these pictures I couldn’t help but want to put captions over each of their little heads.  This was easily one of my favourite penguin pictures, if for nothing else aside from its cute look as if it did something wrong. 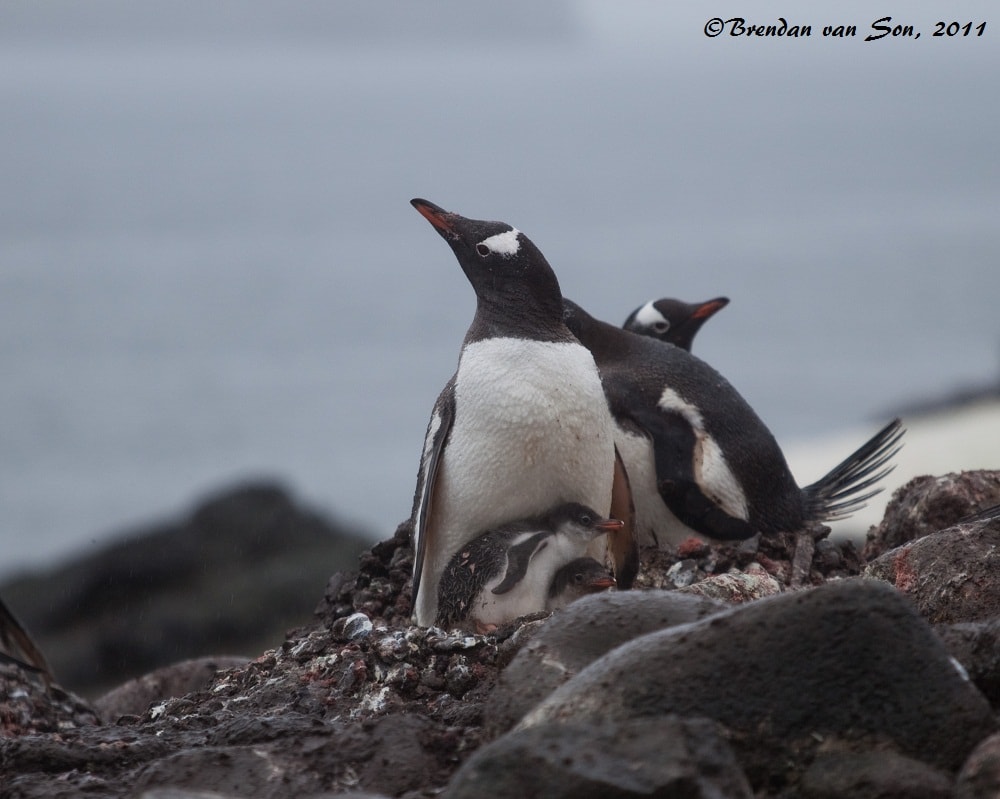 “Penguin Chicks” – A penguins attachment and need to care for their young is incredible. The male and the female rotate taking turns caring for the young while the other fishes for food. And when a penguin doesn’t have a chick, sometimes it tries to steal other chicks. 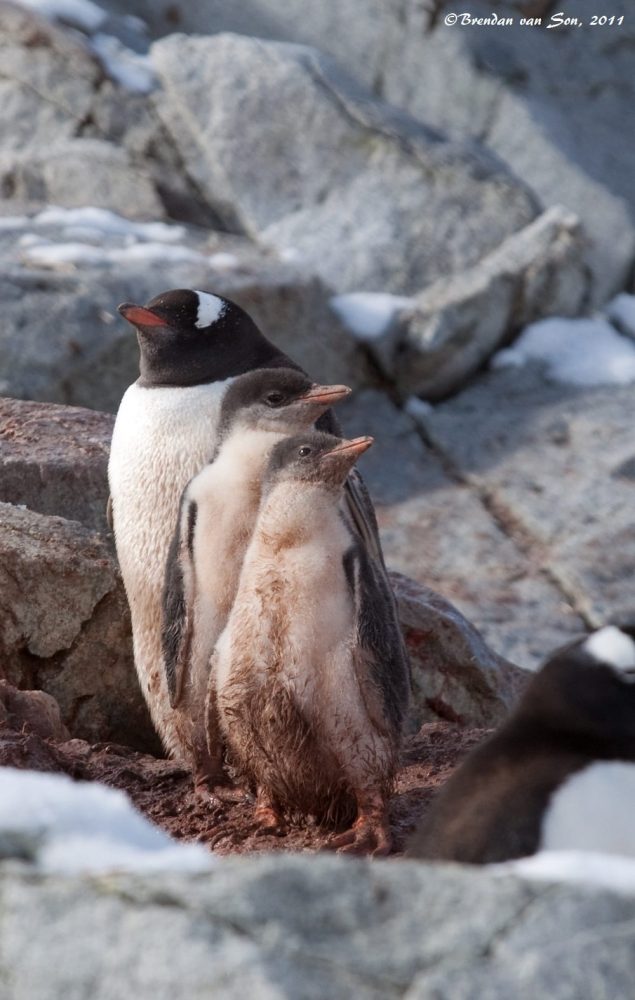 “Family Picture” – It is funny that even when the penguin chicks are nearly the size of their parents they stay close together, if not in firm physical contact. Unlike many of my shots which I waited for the right pose, these guys were in this position when I got to the spot; I love it when that happens.

Once you see them, you understand where their name comes from.  They were the laziest of the penguins, and didn’t move much which made them great targets for close-ups. 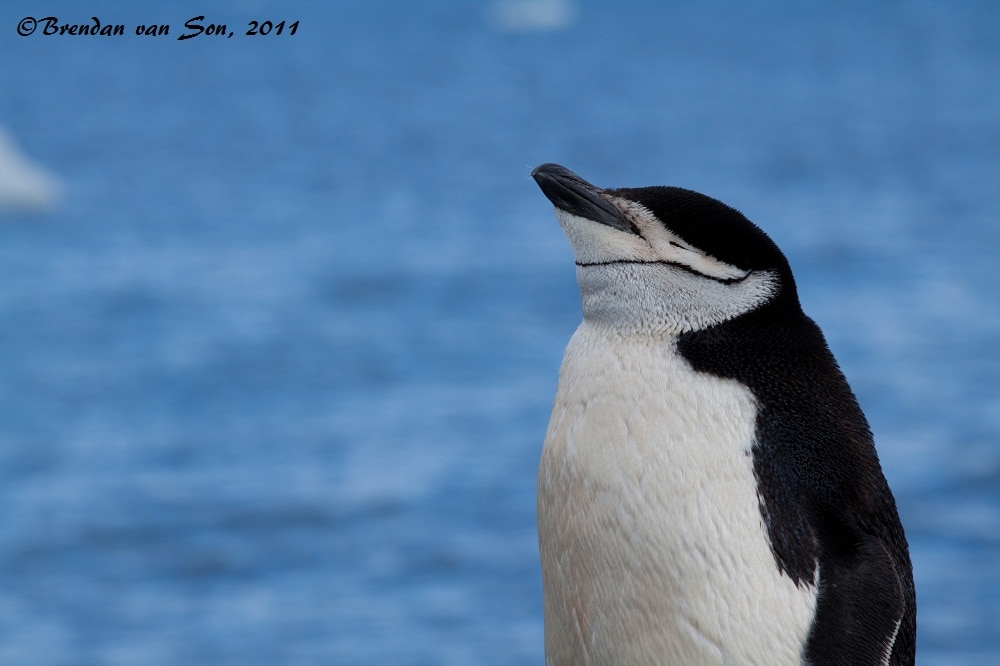 “Penguin Prayer” Sometimes down on the beach the penguins would just squint off while looking up as if they were praying. 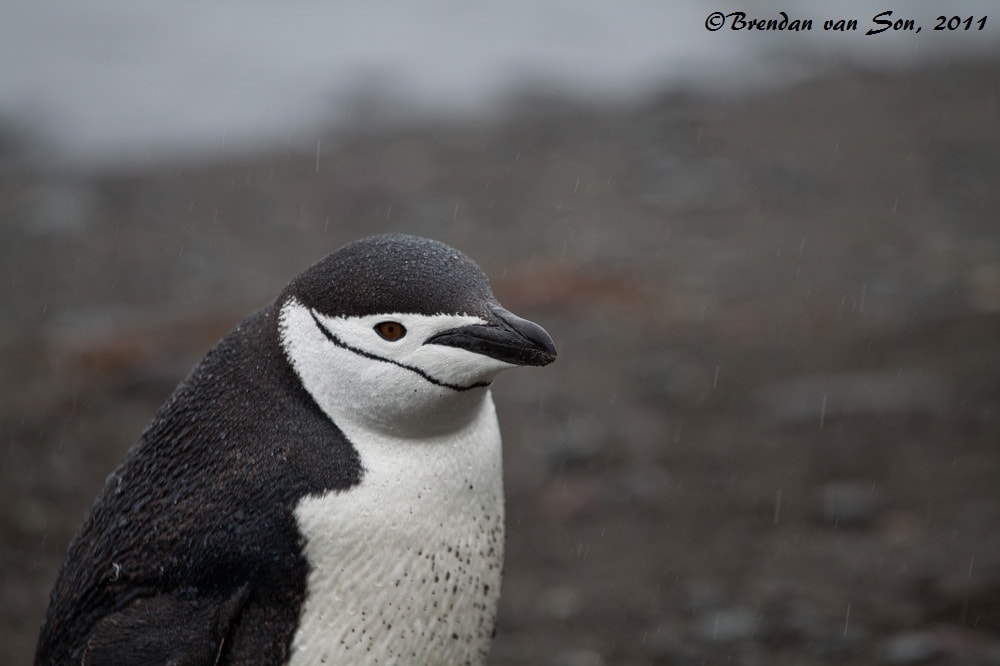 “Rained out” – Penguins are some weird sort of hybrid between dolphins and birds, and they never seemed to mind the rain. However, at the beach they would stand for hours just cleaning themselves off. 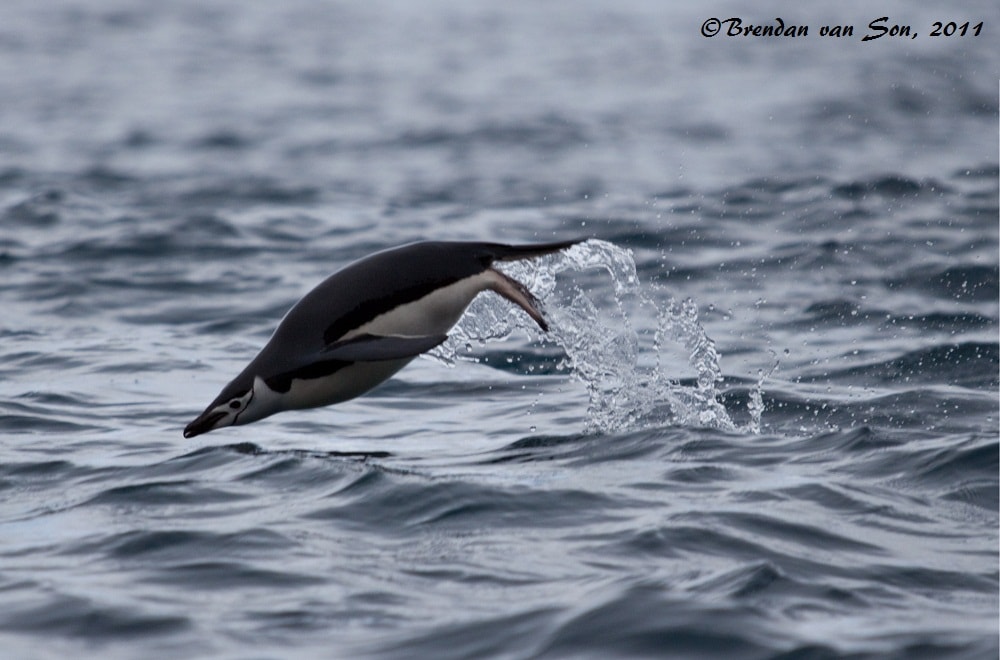 “Penguin Dive” – More proof of the penguin’s dolphin like quality. This is easily one of the penguin pictures I”m most proud of since it takes the penguin out of it’s natural element.  Actually when we got to deception island there were hundreds swimming, and I took about 300 shots, only this one and another captured the moment just right… so hard to shoot from a moving zodiac. 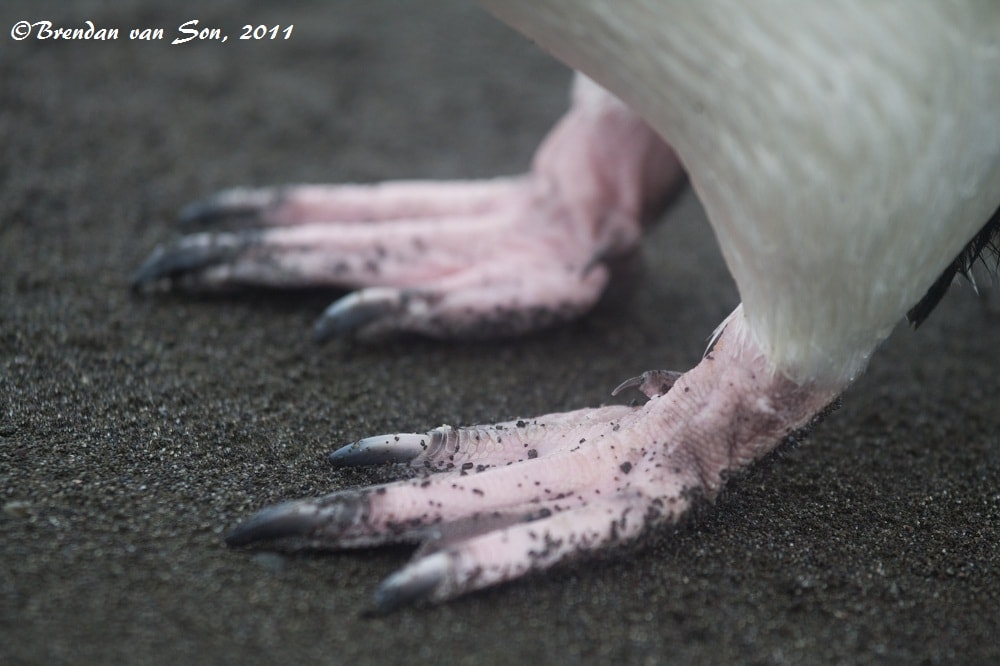 “Happy Feet” A great photography tip was given to me by a travel photographer once. Shoot the obvious, then shoot every other angle and subject imaginable. I thought of that just before I shoot the feet of this penguin, I think it turned out really cool.

Maybe it’s because we saw the fewest of these, or maybe it’s their bright blue eyes, but these little guys were my favourites. 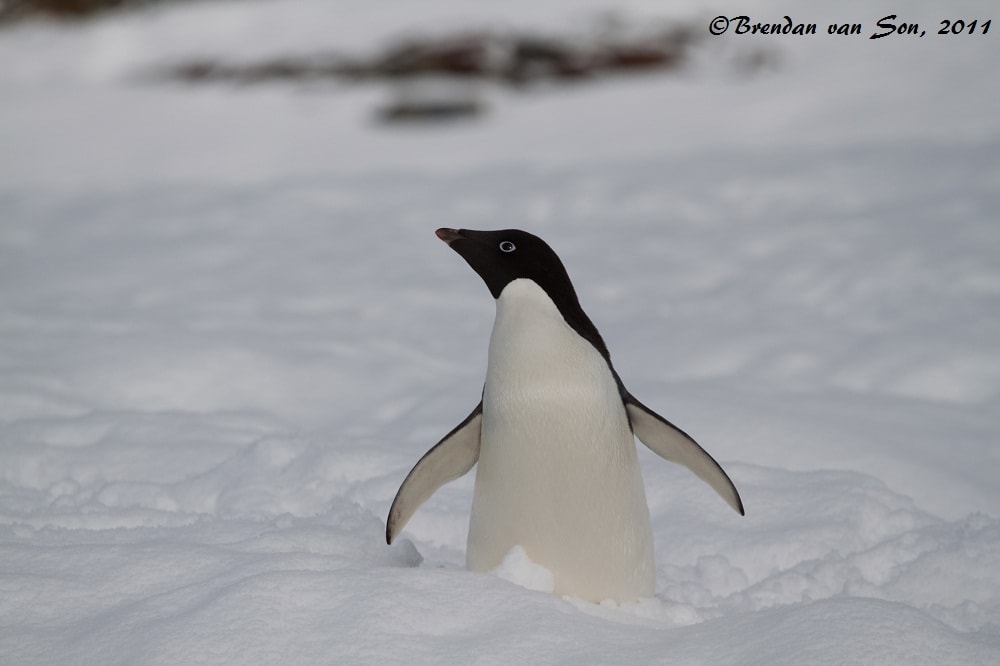 “Adelie Pose” – The Adelie are the smallest of the penguins we saw, which automatically makes them the cutest, and can’t you just see their bright blue eyes shinning? 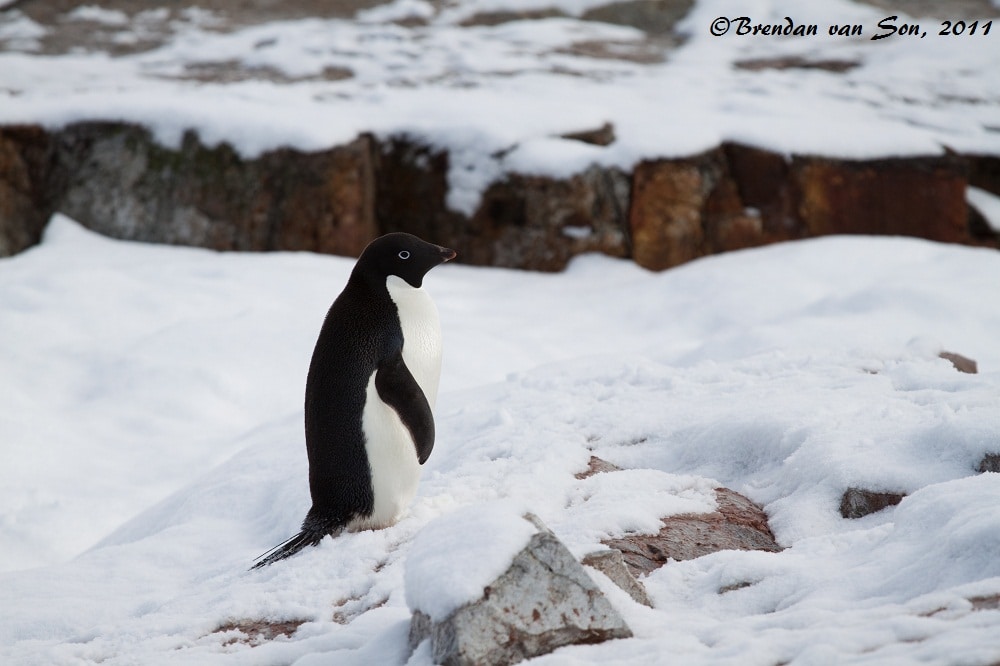 “Adelie Break” – Quite often the penguins look lost, as if they are trying to figure out how to get home. But I really just think they are out of shape and need breaks.

“Adelie Walk” – It always amused me how the penguins needed to walk with their arms out for balance, it definitely adds to the cutness factor. I think I’m going to start doing the same!

Is Antarctica time over???

Well, yes and no.  You can catch my latest stuff over on the peregrine adventures blog, including a guide to photographing Antarctica, you’ll also get my review on expedition vs. cruising to Antarctica.  There is one final installment of “Penguin Thoughts” coming up, but as for Brendan’s Adventures, sadly, it’s time to move on.  Since traveling to Antarctica I’ve been to Buenos Aires, Iguazu Falls, Curitiba, Ihla do Mel, Rio de Janeiro and Paraty; I think it’s time to catch you up on some of those places.  The plan over time, however, is to scatter a couple more Antarctica posts into the mix because there is so much more to write about.