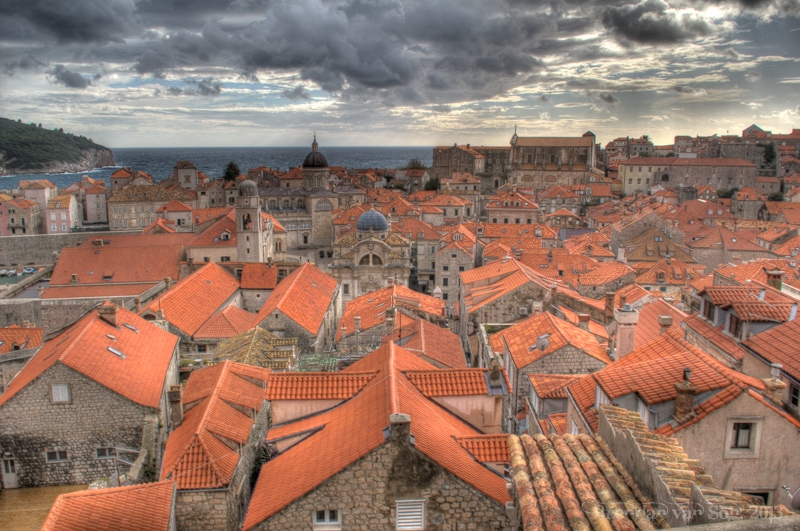 I’ve travelled to some pretty photogenic cities.  Places like Paris and Rome seem to always have a great shot just waiting to be taken.  However, I’m not sure if there’s a place in the world as perfect for photography as Dubrovnik, Croatia.  As you’ll see from the photos of dubrovnik below, there is just such a wide variety of things that one can capture in the city.  From pictures of Dubrovnik city wall to wild seascapes, there’s really a lot to be taken.

Looking back at my images from Dubrovnik, I’m a little bit disappointed in myself that I didn’t spend more time trying to capture the human element of things in the city as well.  There were lots of interesting characters in the city worth of a photograph, but I was probably too focused on the non-living elements of the city.

Anyways, there are photos of Dubrovnik churches as well as lots of shots of the city wall being battered by the rugged Croatian sea below.  In case you’re interested, I’ve also included small captions in regards to how I shot the images within each photo.  Enjoy!