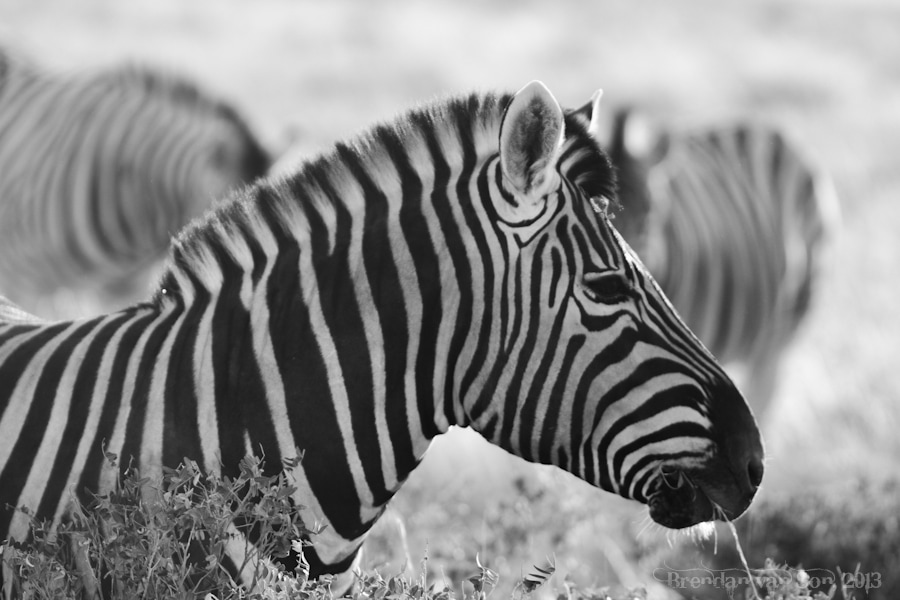 After doing my first ever Southern African safari in Chobe National Park a couple weeks prior, I had incredibly high expectations for Etosha National Park in Namibia.  Foolishly however, I allowed myself to imagine it to be a similar experience.  Obviously, the two parks are completely different, as is the experience in general.  In Chobe, there is a massive quantity of animals.  You are basically swarmed by them at every turn.  You spend your time around the water and you don’t have to spend time finding animals, they are just there.  Etosha National Park, however, is all about the quality of the sightings.

Etosha National Park is such a flat and arid environment that rather than having hippos, elephants and crocodiles around every bend, you spend more time among animals that find refuge on the open savannahs. Zebra, antelope, and other grazers flourish here as do browsers like giraffes and Rhinos.  Obviously, with the abundance of prey here, there are also loads of lions as well as leopards, cheetahs, hyenas and other predators and scavengers.

Thus, unlike Chobe which teems with big wildlife, Etosha National Park is more about the great find.  I went on safari with Chameleon Safaris, and we had some luck with the wildlife.  Though I wish I had a longer lens, we did catch some great animals wandering around the wild.  These are my photos from Etosha National Park, I hope you enjoy them!