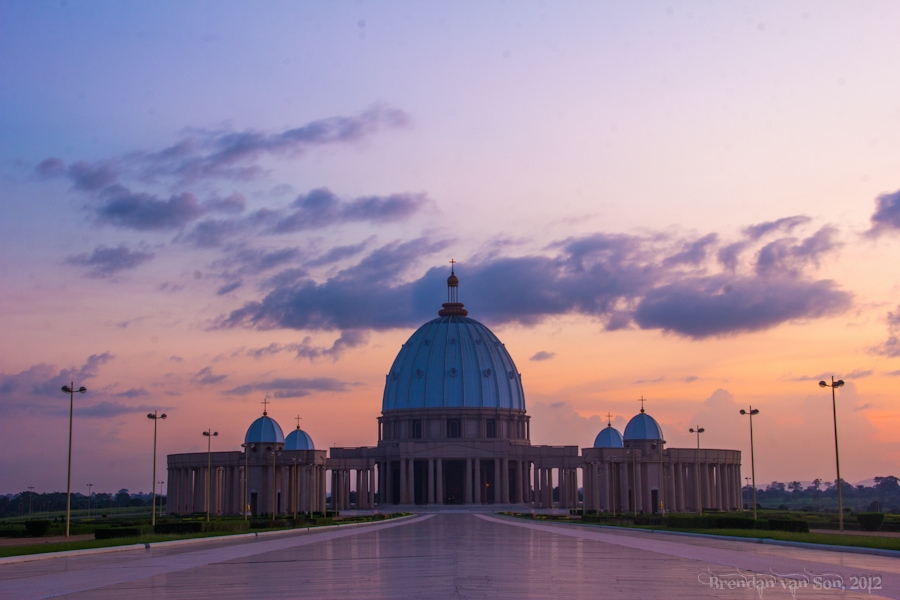 A Bunch of Pictures of a Church – Yamoussoukro Basilica

A Bunch of Pictures of a Church – Yamoussoukro Basilica

However, at the end of the day I couldn’t muster up enough energy to deal with the thoughts that swirled through my brain after visiting the famous Yamoussoukro Basilica in Cote d’Ivoire. You may want to call my lack of a rant a “gift from god” or perhaps it’s just good old fashioned laziness. Be it as it may, you’re not going to find such a rant here.

I decided that after a lengthy election season, not only in America but parts of West Africa, that I had enough of debates. Thus, I have decided to post instead something that is not debatable  Yamoussoukro Basilica is beautiful. It is absolutely stunning. In all honesty, when you set aside the obvious contention, the size, scale and symmetry (I couldn’t think of another “s” word to finish out that alliteration) of this church is breath-taking. Despite all the issues that I might have had, and still have, about this building, I can honestly say that it is one of the most impressive cathedrals I have ever seen. And the fact that it sits in the middle of nowhere in Central Cote d’Ivoire makes it even more impressive to see.

So enough rambling, here are more than a few photos of Yamoussoukro Basilica.