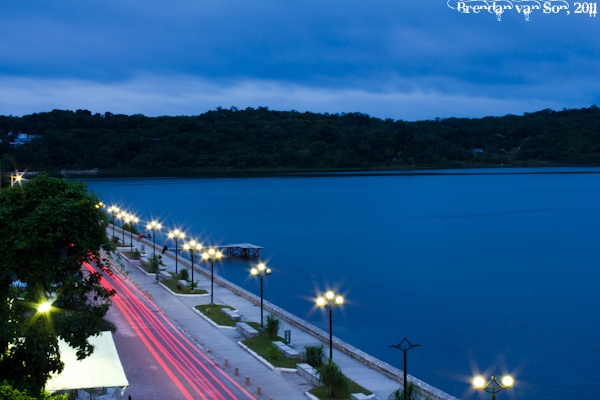 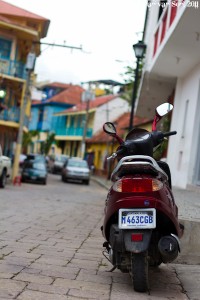 I had been travelling for 4 days straight. I crossed Nicaragua by chicken bus, I was shot at in Managua, passed through the dirty streets of San Salvador, had been harassed by prostitutes in Guatemala City, and finally was left by a bus driver in the middle of the highway in rural Guatemala with nothing more than a promise that a bus would be along shortly to take me to Santa Elena and my eventual destination of Flores, Guatemala. As I stepped off the bus my anxieties seemed stretched to their limits. I had begun to worry that I wasn’t cut out to be a traveller, I was soft, naive and, quite frankly, stupid.  I was having the type of week that makes you realize the importance of travel insurance.

I sat vicariously on the side of the highway at a point in the road where the pavement split in two directions; I had no idea which direction I was supposed to be going. I did my best not to look weak as a group of rough looking men sat chirping in loud Spanish while drinking beer at a stall across the street. I pushed my shoulders back, and sat up as straight as I could pretending I was supposed to be exactly where I was, and knew exactly where I was going. 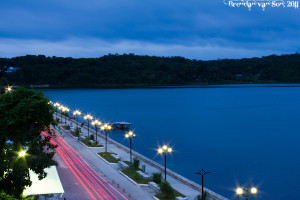 The heavy sense of eyes set upon me was all too noticeable. I didn’t belong. Within a couple of minutes a man crossed the road to approach me. The negativity of the struggle had begun to wear on me as all I could think was “here comes another person to ask for money.”

He sat down next to me as I did my best not to make eye contact. The awkward air was broken by near perfect English and an offer to help. The man, whose name I’m ashamed to admit I’ve forgotten, was a Honduran man who travelled every single year from his home on the countryside of Honduras across Guatemala and Mexico in order to sneak into the United States for a couple months of good work as a mover. After quickly telling his story he stood up and put his hand out to help me up.

“Come on, I’ll buy you a beer,” he said with an offer I couldn’t resist, “your bus won’t be here for another hour. I’ll wait with you here to make sure you get on it.”

A couple beers later I was guided onto the bus where the Honduran man made sure the driver knew where I was going and got me the best possible seat. Every now and then we need reminders that people are inherently good, and that the world has a way of taking care of you as long as you are willing to put your trust in its hands. 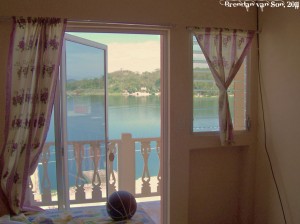 I climbed off the bus after a couple hours of weaving the curves of the Guatemalan landscape and into a bright red tuk-tuk stickered in a way that would make any hot wheels owner proud. We crossed the causeway at Santa Elena towards the turtle shaped island of Flores which was meant to be a stopping off point for my exploration of Tikal, instead it became my battery charger, my safe haven.

I set my backpack and basketball, which I packed with me everywhere on that trip, on the bed of my beautiful private room. I dug through my rucksack for a bottle of Flor de Caña rum I had saved from Nicaragua and poured a bit into a glass cup on my nightstand. I stepped out onto my balcony and took a sip just as the sun was setting. Euphoria. 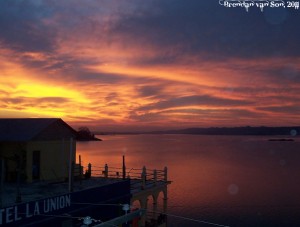