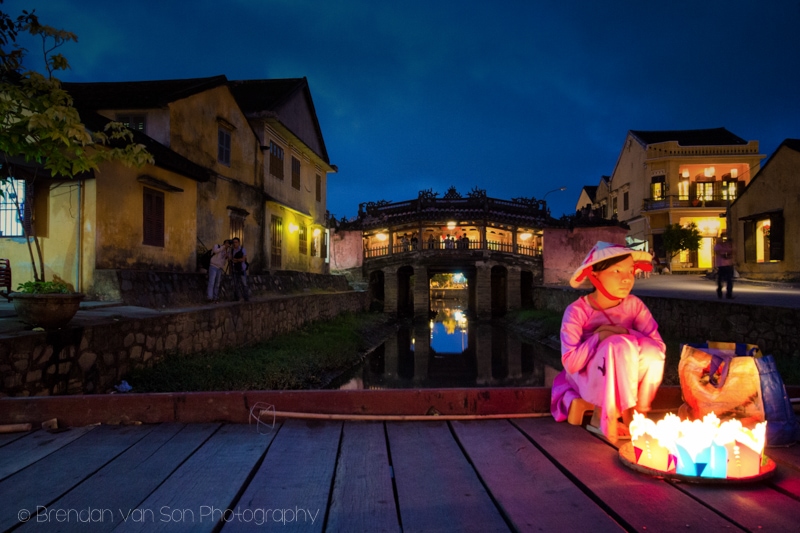 Some Photos from Hoi An, Vietnam

Arriving in Hoi An, the difference between what we saw in the north of Vietnam to what we were about to see in the south had become glaringly obvious.  Long gone were the rough culture-shock worthy streets of Hanoi and the offbeat spots like Catba Island.  Hoi An, for worse, is basically a tourist town.  Especially down in the center of town, you’d be hard pressed to find any business at all that doesn’t relate directly to tourism.

I guess part of the shock here in Hoi An too deals with my image of Vietnam before arriving.   I guess I imagined it more raw than places like Thailand, and this stop certainly detracts from the idea.  Sure, Hoi An is beautiful and there are some really lovely places to look at.  But, it’s not somewhere that inspired me.  It’s not a place that made me want to tell stories and seek them out.  It was very watered down.  One evening, we went to eat at what nearly all tourists agreed to be the best place to eat in town.  What we got instead was a westernized version of the typical dishes for ten times the street value.

But that’s not to say I didn’t enjoy Hoi An, I did. There were a heap of opportunities for the travel photographer in me, even if the story-teller was left out of the party.  Thus, instead of a long drawn out article here are some photos of Hoi An for your viewing pleasure. 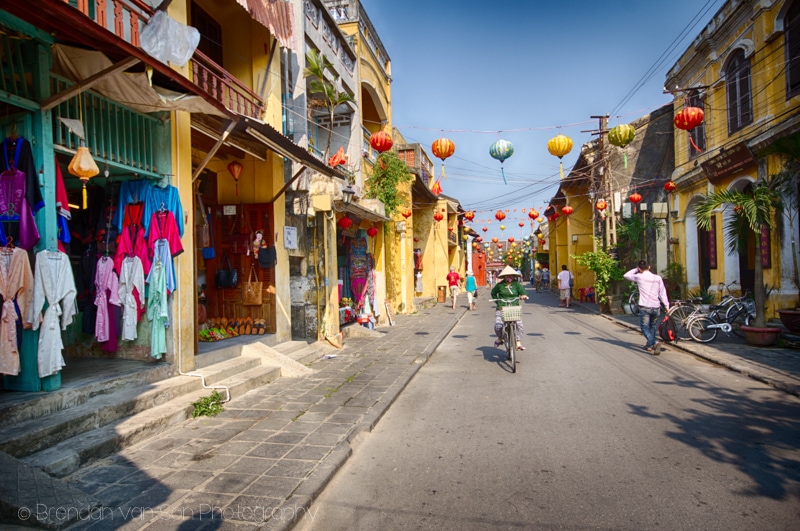 One of the tourist streets in town 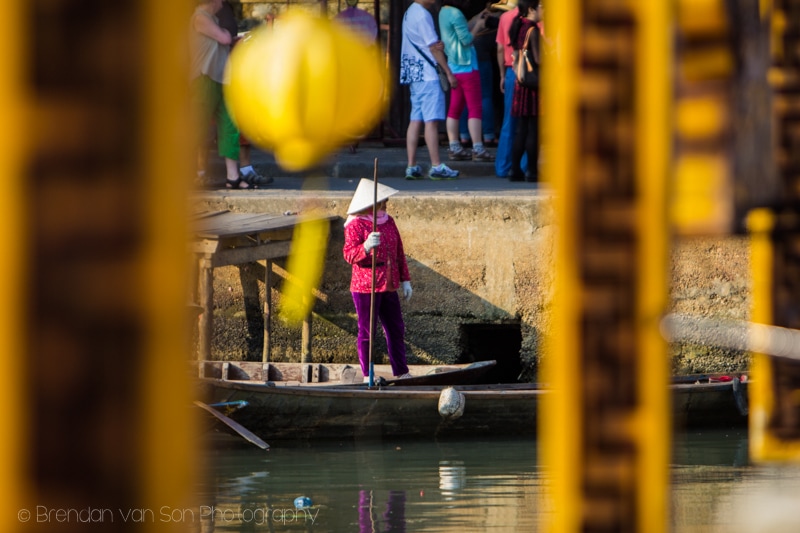 A water taxi. These ladies selling water taxi rides must be the most annoying sales people in the world. 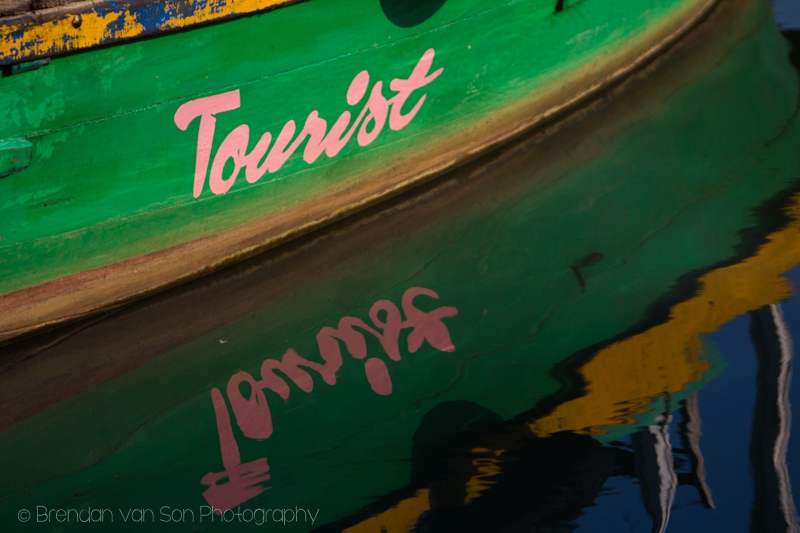 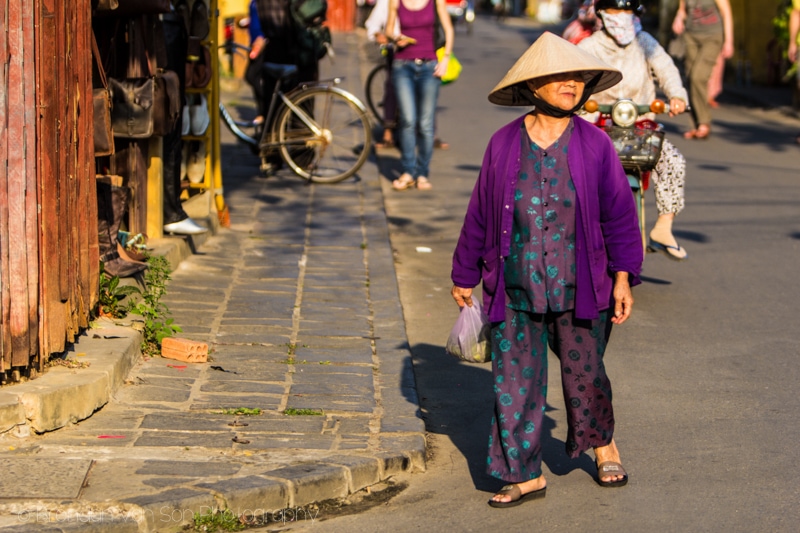 Love the outfit and conical hat. I’ll rock this same outfit, just give me a couple years. 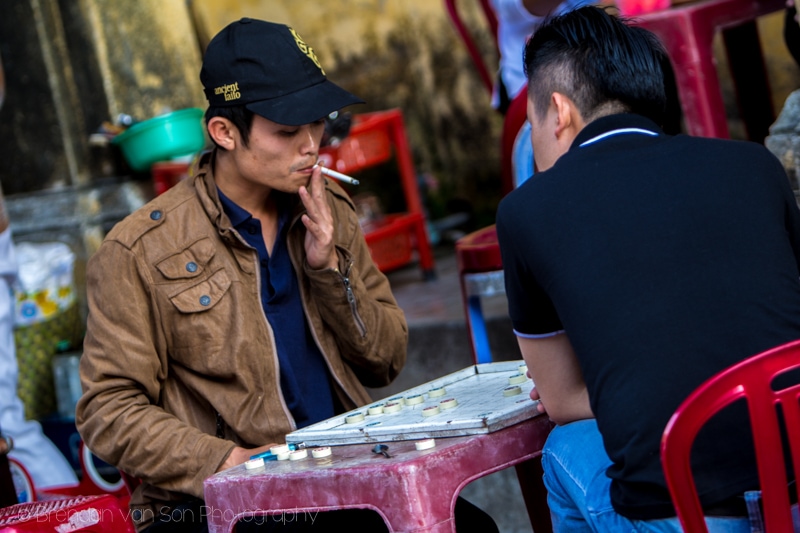 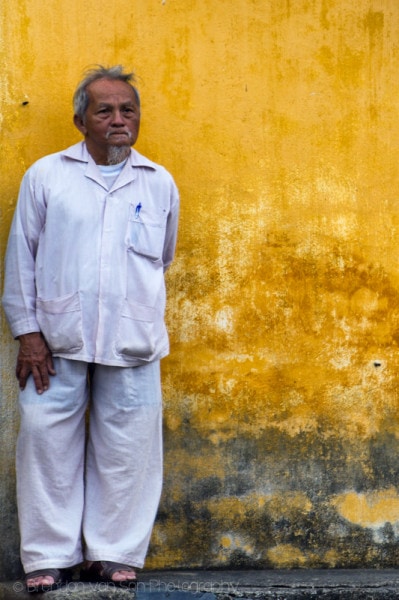 The grumpiest man in Hoi An. 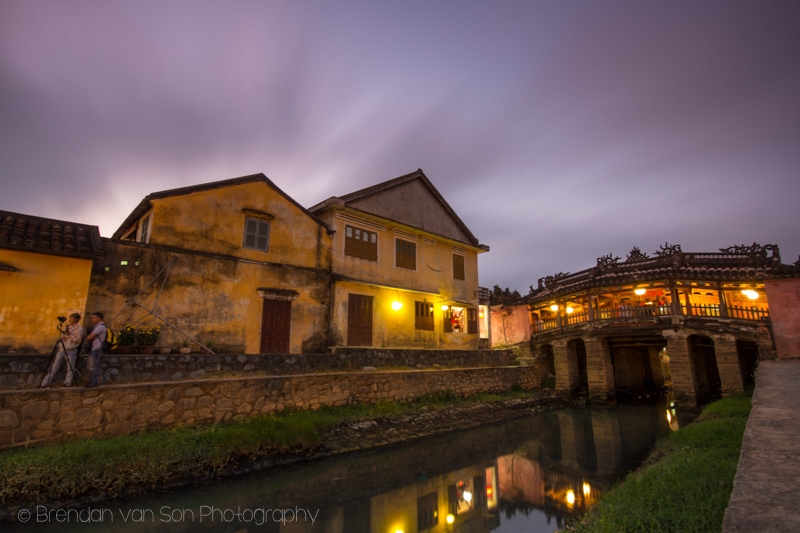 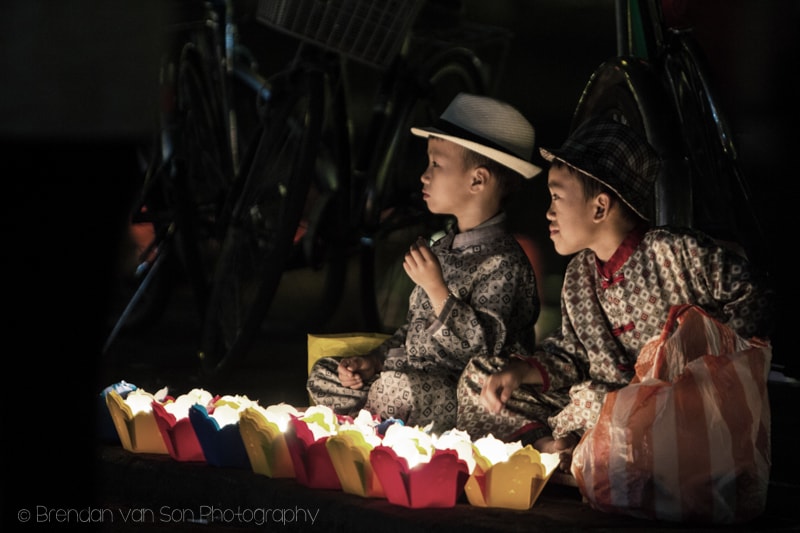 Kids selling candles to float away down the river, carrying enough trash to build an island. 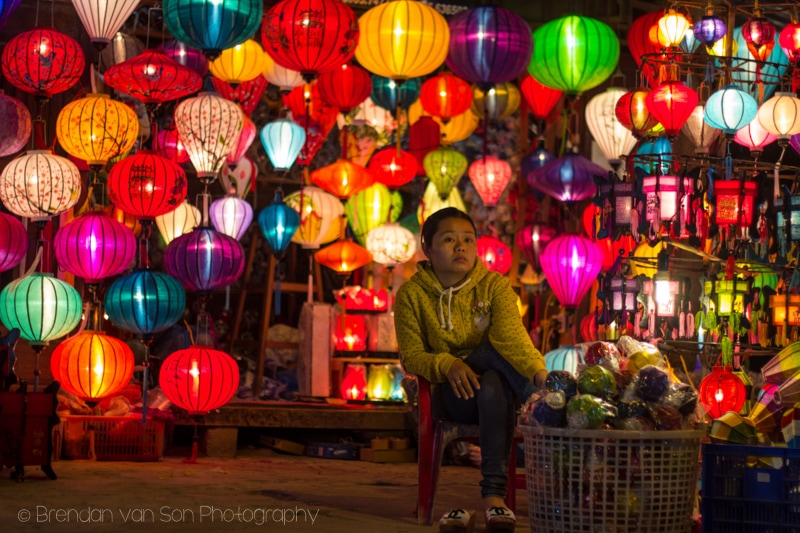 Lanterns for sale in the Night Market. 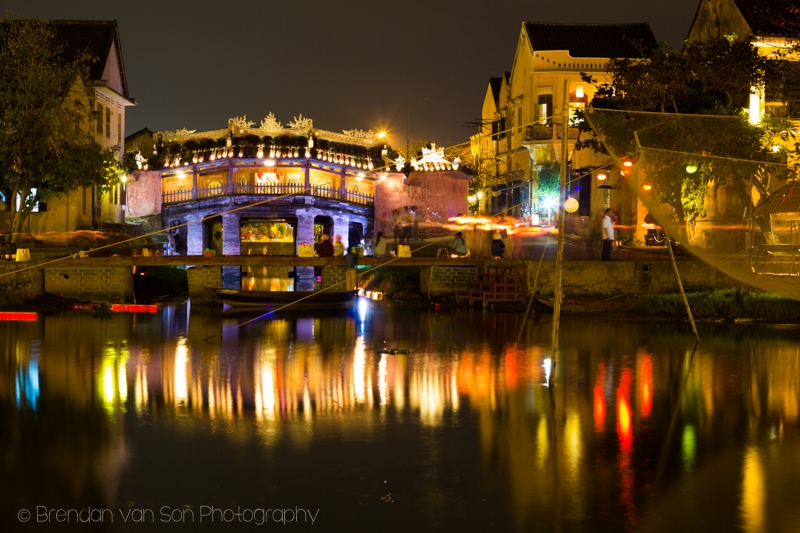 A night shot of the Japanese Covered Bridge.