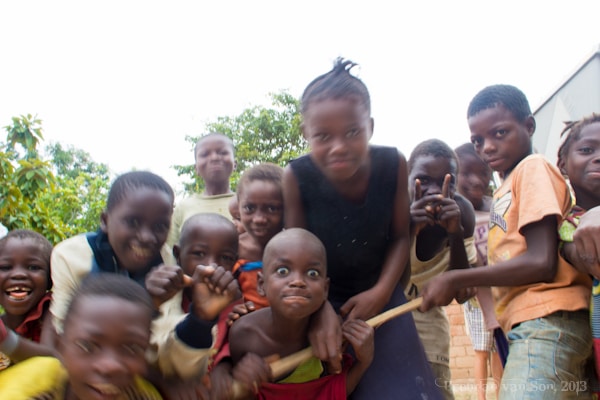 The Only Honest Man in Kinshasa

I drag my bags from the cozy guesthouse bed in Mbanza-Ngungu, DRC where I spent 2 days in complete peace recovering from malaria and toss it on the back of my scooter which is held together by little more than duct tape and love.  I have a couple hours of driving left until I reach the infamous city of Kinshasa. 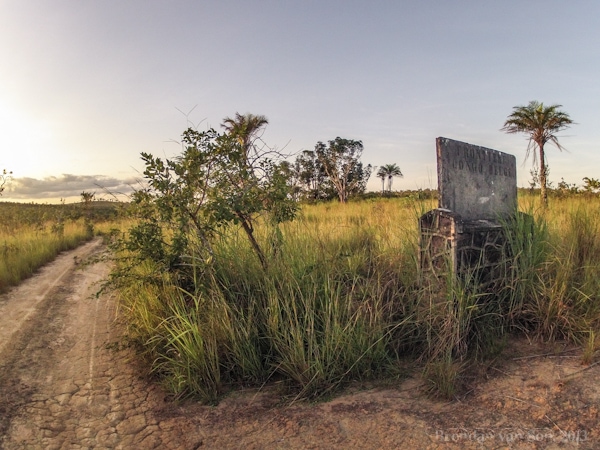 Since starting this trip down Africa, I’ve always seen Kinshasa as the black hole, the patch of quick sand that I’d have to squeeze through before finally arriving at the ease of Southern African travel.  Kinshasa is notoriously challenging.  Between gangs of street children, thugs that roam the streets at night, and corrupt police and military, this city is a cellar of misery.

As I enter the city, I’m fooled by the superficial state of the city.  Wide roads, smooth flowing traffic and well-kept iconic architecture lure me into the thought that this place can’t be as bad as the stories make it seem.  However, it only takes a couple minutes of driving before I find that the heart of Kinshasa is cold and bleak.  I’m stopped on 3 separate occasions by police, each time it’s the same game. They ask to see my documents, I show them.  They realize I’m legit, they make up new documents and tell them I owe them $50 or a $100 in fines.  I call them thieves and that they should remove their uniform and join the street kids in their gangs if they want to steal.  They look at me shocked and ask if I’m a tourist.  I say yes, and they tell me that I can continue.

I arrive at my hotel on a quite dirt road in a subdued neighbourhood of Kinshasa.  The lobby is dark and the power is off.  I’m showed to my room; it smells like week old piss and has no running water.  There are no sheets on the bed and the mosquito nets on the windows have holes the size of baseballs.

Without wasting anytime, I hide all my belongings under the wooden slabs that make up my bed and set off on my scooter towards the airport.  I have no visa for Angola and need to fly myself and my scooter to Lubumbashi in the east of the DRC.

On the way to the airport I pull over to check my GPS, and no sooner than I do am I jumped by 8-10 men in plain clothes claiming to be police.  They show me a piece of paper with a signature and a stamp and claim to be from the department of transportation.  I refuse to show them any of my documents until a clothed police officer is present.  They start pushing me and one man starts ripping at Anne Murray, trying to pull her apart.  I push back and tell them that if they don’t back off I’ll have them arrested for abuse.  They respond to my strength and do as I say.  As soon as a police officer shows up I show my documents, all of which are legal.  They demand I pay $100 because I don’t have some invented document.  I tell them they might as well take me to jail because I’m a tourist and am not going to pay corrupt officials anything.  They eventually back off and tell me I can leave.

The airport is no better.  The military outside “guarding” the premises won’t let me in unless I pay a bribe, when I refuse one man pulls his AK-47 up.  I ask him if he wants to be the one responsible for killing a tourist, he drops his weapon and I pass without paying.  I’m met by a herd of men who follow me around pretending to show me places obviously signed.  I finally enter an office to some semblance of peace, the first I’ve felt since arriving in Kinshasa. Of course, it won’t last. 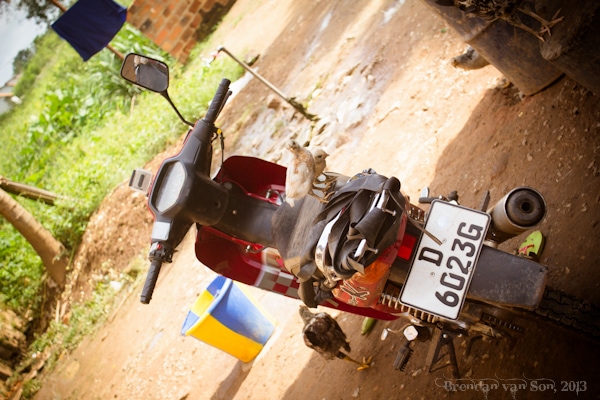 The office is a factory of lies.  They sell me an airline ticket for $300 only to hand me a ticket with the price $249 clearly marked on it.  I have to demand the money back.  An argument ensues, but I get the money back eventually.  I’m told the price to ship my scooter is $200 so I agree and they pack it and send it away to the cargo plane.  An hour later they tell me that the price is $400 and that I have to pay another $200.  Another argument ensues and eventually they agree that the price is $200.  Nothing is easy.

After 3 hours in the office arguing over the most mundane prices, I don’t trust anyone.  I don’t know if my ticket is real.  I don’t know if my scooter will actually be shipped.  However, there is one man in the office that I trust.  His name is Jean-Marie and there is nothing he has done or said that has given me reason to trust him, but there is something about his look that makes me trust him.  I ask him to personally take care of my scooter and flight details, and with a sense of pride in his eyes he agrees.

My flight leaves 2 days from now, and it is about 2 days too far away as far as I’m concerned.  Kinshasa is starting to scare me. I’m starting to get paranoid.  It seems like every time I leave my piss-stenched hotel room I have a run in with police looking to extort me.  It gets to the point that I don’t leave my room except to eat and maybe use the internet cafe.  I think that Kinshasa is the first place I’ve travelled to that has actually gotten to me.  I travelled Haiti, Nigeria, and many other notoriously dangerous places with grace.  Kinshasa though, is a swelter of distrust.  I don’t like how I feel about this place.  I need to leave.

On my last night, I find myself in a familiar place: in my bed playing games on my iPhone in the dark.  My flight is set to leave tomorrow at 4pm and I can’t help but feel like I need to hide out in my room until the moment comes that I can escape this place.  A knock at my door disturbs my mood.

“There is a man downstairs to see you,” the security guard says with a nervous look on his face. “A man named Jean-Marie.”

I lock my door and bounce down the stairs in curiosity as to why Jean-Marie would come to my hotel.  I see him hunched over a table.  He’s drunk. Gutted, I’m sure that the only man in Kinshasa I felt to be truly honest is here with some story about why he needs money.  I’m so disappointment that I greet him with a shortened temper in my voice.

Stuttering his words he starts mumbling words and pulls his cell phone from his pocket.

“There’s a problem,” he says as I start to finish his sentence in my head. You need to pay me more money. “Since you don’t have a cell phone here I gave them my number.  They sent me an SMS an hour ago to say the flight time has changed to 9am.  You need to be at the airport by 6am now,”

It’s only then that I see his black eyes and notice that his shirt is ripped and he is walking with a limp.

“What the hell happened to you? Did you get in a car accident”

“I forgot my ID today,” he says in a saddened voice. “The military asked to see it, and when I couldn’t produce it, or pay bribes, they jumped me.  They kicked me, punched me and stomped on me when I was down.  I was in so much pain I had to drink, then I got the SMS and had to come warn you.”

I’m struck by the casualness of his voice as he describes the situation as if it was simply daily life in Kinshasa.  He reminds me to leave the hotel at 5am and starts for the door.  As he leaves, I put $10 in his palm and ask him to take a proper taxi home.  I can’t believe that bruised, beaten and drunk he still found it in him to cross the city by public transport to tell me about the change to my flight.  Once again, I’m blown away by the care that people can show.  Even in the pits of despair of the world, you meet people who are genuine and caring.  I’m not sure what I would have done in his situation, but I’m not sure I can honestly say that I would have done what he did for a complete stranger.

At 5am my alarm clock begins to ring.  I step out into the dark streets of Kinshasa.  I’m swarmed by a group of prostitutes and a couple beggars.  I fight through them to get to a taxi to the airport.

The international airport in Kinshasa is as corrupt as any other part of the city.  I’m asked for bribes at every turn.  I don’t actually ever pass through security, the baggage machine or the metal detector.  I have a knife and a bottle of water in my bag but no one would ever know.  Hell, I could have carried grenades onto the flight without an issue.  All the others in the security line are handing over bills to get past, I wonder what contraband they are carrying.

The plane lifts from the ground at 9am and I look down at the city that imprisoned my soul for 3 days.  I can’t help but feel like I’ve escaped a kidnapper.  A weight is lifted from my shoulders, and the reward of Southern Africa is now a mere day’s drive away.

In Lubumbashi, Anne Murray waits for me on the runway. A military outpost greets me with a smile and nothing else.  A supermarket stands proud on the roadside.  I feel like I’ve arrived.  I did it.  I crossed West and Central Africa.  It’s time for a new chapter on this journey, it’s time for Southern Africa.