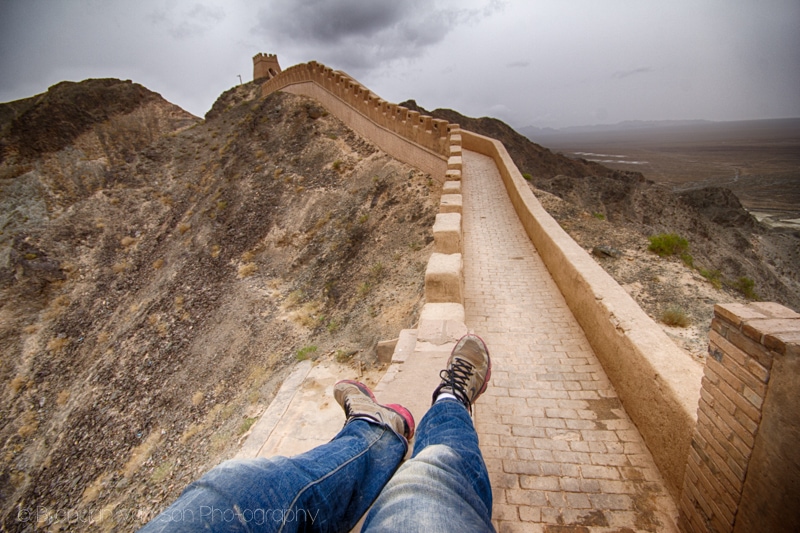 When I was planning out my trip to China I made a decision that the goal for my 2-moth journey through the country would be to focus on the things that people don’t know about the country.  I wanted to put the emphasis on things like the nature, the minority people, and the off-the-beaten-path locations in China.  Thus, my itinerary in China didn’t include Beijing, nor did it include the sections of the Great Wall of China that most people visit.  Instead, I made my way to the westernmost section of the Great Wall of China which is just outside the town of Jiayuguan in the Gansu Province.

The experience was interesting.  The wall wasn’t massive.  In some sections, I’m sure I could have hopped over it.  It was also really restored.  But it was amazing that we had the Great Wall of China mostly to ourselves.  Below is an on location video from Jiayuguan and below that video there is some information on visiting this section of the wall.

Visiting the Great Wall of China in Jiayuguan

There are actually a number of sections that you can visit in the area.  Most people chose to visit two places in particular: the overhanging wall and the fortress.  There is also a small section of the wall near the overhanging wall that is privately owned.  The truth is that you’ll likely only need to see the one section.  Moreover, the section that’s found in the park’s system is the most striking.  You don’t need much more than an afternoon to visit both sites.

There is a public bus that runs to the Fortress but not the Overhanging Wall.  The number 6 bus leaves from in front of the bus station in Jiayuguan and its final stop is the fort.  It only costs 1 Yuan.  To get to the overhanging wall, you’ll likely have to take a taxi as it’s 8km from the fort.  To get from the center of town to the Overhanging wall cost us 30 Yuan in a metered taxi.  To get back to the fort, it cost us 15 Yuan.  You can likely pay a taxi 100 Yuan to take you around for the afternoon.  However, it didn’t seem to challenging to find new taxis at each turn. Another alternative might be to rent a bicycle somewhere in town for the day.

The entrance fee now includes both the Overhanging Wall, the Fort, and the history museum of the Great Wall of China.  It costs 120 Yuan per person.  There are also student tickets available for 60 Yuan. The site opens at 8:30am each day.  However, the closing times change depending on sunset.  Generally speaking, both places close by about 7pm.

Where to Stay in Jiayuguan

In Juayuguan we stayed at a place called the Jinjiang Inn which was fantastic.  It cost about $22USD per night, had fast WiFi, and the rooms were really high quality.  I was impressed. 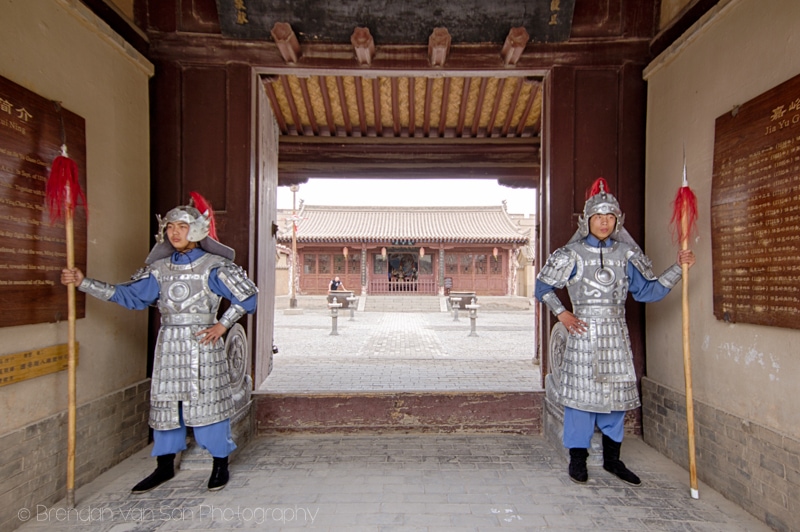